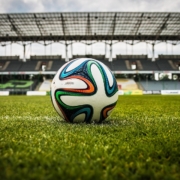 Inka Grings becomes the first woman in Germany coaching a men’s team. She was both an ex-football player of the German National team and a technical supervisor of a female soccer club called Duisburg. From now on, she is officially involved in the SV Straelen a team which stood the fourth tier in the Oberliga Nordrhein. Her nomination was taken into account thanks to her ex-Football coach, who proposed her candidacy.

The woman who replaced Hermann Tecklenburg

Hermann Tecklenburg, the old coach, relieved of his charge, seems to have failed the expectations of the team supporters, and backed the candidacy of Inka Grings. The woman, ex-football player, is recognized as the most high-scorer player of the Bundersliga. Also, Martina Voss, who currently coaches the German National team, supported Grings’ candidacy. Germany is getting ready for the first woman on charge that coaches a men’s team. But that’s not all, because also France and Italy have already several women who coach men’s team.

From being a player to coaching

Inka Grings career starts in 2014, when the first female football team has been set up by the MSV Duisburg. Thanks to her technique, she carried her team from the youth field till the Fußball-Bundesliga. Between 2016 and 2017, her team gained the Bundesliga.

https://en.berlinoschule.com/wp-content/uploads/2019/04/skkejf.jpg 640 960 federicazep https://en.berlinoschule.com/wp-content/uploads/2017/11/logo_spaced-300x300.png federicazep2019-04-09 10:00:032021-02-09 19:40:24Inka Grings: the first female coach of a German men’s team
Scroll to top
We use cookies on our website to give you the most relevant experience by remembering your preferences and repeat visits. By clicking “Accept”, you consent to the use of ALL the cookies.
Cookie settings ACCEPT
Manage consent