Create your own short documentary in six classes!

Berlino Magazine and Berlino Schule in collaboration with Daring House Documentary School are hosting a basic module about Documentary filmmaking. On 2th October there will be a free presentation of our Filmmaking course. The workshop will then continue with classes on Tuesdays, from 20:00 till 21:30 for 5 weeks at Daring House Studio, Auguststraße 88, 10117, Berlin-Mitte.

Now more then ever digital technology allows people to express their own vision of reality – and this is what our course is about. In a set of structured meetings, attendees will learn how to find, shoot and edit a story, in close interaction with an enthusiastic group of people. The films will then be presented at a short documentary film festival held in Berlin, with an awards ceremony and attendance certificate for everybody.

The course will let you create your film FOR REAL. During classes, you will use your own camera and have a look at videos of nice and established filmmakers.

The module is for those who want to try their hands at filmmaking as a hobby or are considering making it a profession; for journalists wanting to expand their audiovisual skills; for film-enthusiasts wanting to learn the process of filmmaking.

The course will be held in English and the instructor also speaks fluent German, Italian and Spanish.

– What is a documentary? Break free from the accepted rules and create your “own” story.
– Tragedies, illnesses, catastrophes and sad people. Why you should try (also) to tell happy documentary stories.
– How are documentary stories told? The different styles of storytelling: real life, interviews, with or without a host, mockumentary.
– Any story is a good story if well told. The approach to find a story and the importance of personal feelings in storytelling.
– What do I need to shoot: camera/smartphone, pc.
– Writing or not writing? How far should filmmakers go with their script.

– How to tell if a story is worth being told
– Red flags 1: stories you should avoid.
– Red flags 2: people you should avoid.
– How too approach a person to shoot a documentary.
– Shooting: how to make your story appear natural.
– The “fly on the wall”: how to disappear behind the camera.
– Emphatic listening and the key to good interviews.

– Basics of smartphone cinematography. How to hold a smartphone camera and how to operate it.
– Basics of camera cinematography avoiding zoom and multi-focal lenses.
– Audio: why a good sound is more important that good images.
– Shooting with natural light.
– Creating a shooting frame: concepts of shooting aesthetics.
– Project pitching! Suggesting stories and creating shooting teams.

– Basics of editing: please start telling your story from second 1.
– Why knowing editing is important to shoot good images.
– Editing with free programs.
– Editing with professional programs.
– Documentary dramaturgy: please don’t bore your audience.
– Creating emotions with editing. How to play an audience like an instrument.
– “Kill your darlings”: why your personal shooting experience is different than the story you are telling.
– Working with music: from Dogma to La La Land.

– Review of the projects and tips to make them even better.
– Closing a project: why “films projects are never finished, but abandoned”.
– Basics of subtitling.

– Review of the projects and tips to make them even better.
– Dreaming about a filmmaker career? Here’s what you need to know.
– Don’t trust the festival. A quick guide to festival submissions.
– “We are all dead” and other depressing statements by filmmakers and artists in general.
– The documentary film industry. How to have fun making film art and live happily.
– Preview of the following modules.

Stefano Casertano is an award-winning filmmaker living in Berlin since 2006, CEO of the production company Daring House. His last film as director “People of Love and Rage” won the Eindhoven FIlm Festival and the Special Mention of the Jury at the Rome Independent Film Festival. As a producer, his animated short “The Ballad of the Homeless” screened at the Cannes Film Festival, won a Nastro d’Argento, was a candidate at the David di Donatello and won the LA Short Fest, being shortlisted for the Academy Awards. Stefano is currently producing his fourth documentary “Eighteen Penalties” about the story of the football matches between Italy and Germany produced by Istituto Luce and Lichtblick Film, with the support of the Italian Ministry of Culture and the German Film Funding Institute. Stefano also serves as producer and filmmaker for video productions for media outlets such as El Paìs, Sky, La7, RBB and Rai. Before embarking in his film career, Stefano completed an MBA in Media and Communication at Columbia University in New York and a Ph.D. “Magna cum Laude” in International Politics at Potsdam University in Germany. He has been international correspondent for Linkiesta.it, Finanza & Mercati and Pagina99, and his articles have appeared on World Affairs, Project Syndicate and RealClearWorld.

Advanced modules to be scheduled:

– Immerse yourself in a story and create a structured film plan. Basics of color and audio correction.

– How to shoot a video with a reflex camera

– Music videos – How to shoot a music band

For info and registration send us an email at: info@berlinoschule.com with object: Filmmaking 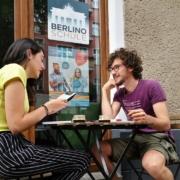 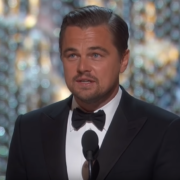 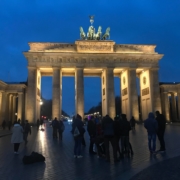 Why should everyone study German according to the British writer John le Ca...