Building the German Perfekt with modal verbs: the double infinitive

Would you know how to translate this sentence into German? If the answer is no, you may want to keep reading this article. Sure, you can use the Präteritum and say “Ich wollte meinen Namen sagen”, but what if you want to use the Perfekt? In the following paragraphs, we will teach you how to conjugate modal verbs in the perfect tense. You will see, it is easier than you think!

A step back: the Perfekt

The perfect tense (Perfekt) is used to speak about an event that took place in the past. This tense is formed by combining an auxiliary verb and a past participle (Partizip II). The auxiliary verb can either be “haben” or “sein”, depending on the main verb, and it must be conjugated according to the subject.

The Perfekt and modal verbs

However, when there is no full verb in the sentence, we generally use the Präteritum of the modal verb.

More often than not, a modal is used with another verb. In order to build the perfect tense, we use a specific structure called the double infinitive. Here is an example:

Let’s go back to the sentence we were talking about in the first place.
Ich habe meinen Namen sagen müssen. – I had to say my name.

Learning German doesn’t have to painful. Berlino Schule’s highly qualified teachers will teach you everything you need to know in a simple way. Our school is rated 4.9/5 on Google and its average reviwe on Facebook is 5/5. If you want to know more about us, have a look at our website. For any information, you can send as an email at info@berlinoschule.com. 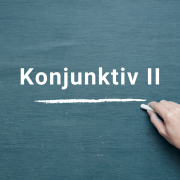 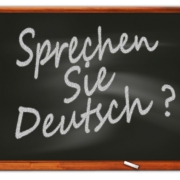 The German Perfekt and modal verbs: gesagt or sagen?

Prepositions of time and place

Prepositions of time and place
0 replies

The German Perfekt (perfect tense)
Scroll to top
We use cookies on our website to give you the most relevant experience by remembering your preferences and repeat visits. By clicking “Accept”, you consent to the use of ALL the cookies.
Cookie settingsACCEPT
Manage consent